The LDFB is a community driven and supported organization that relies on community donations and volunteer support in order to provide short term assistance to an approximate population of 85,000 people. We were created so that those in the community/region in need had relief of food insecurity.  We are here to work alongside with other helping agencies and to help fill a gap when needed.

To empower our community to aid those in need of food support through strategic:

Where all individuals are empowered to achieve their full potential, by having the opportrunity to access basic social needs.

Our founding member, Charles Klass started the food bank in his garage in the spring of 1981 when he saw a need during the recession of the early 80’s. The community rallied around Charles and the food bank grew as the demand on its services was recognized. The LDFB was incorporated in February of 1984 as a registered society with charitable status.

The LDFB had moved 4 times before it negotiated a rent-to-own purchase agreement July 1, 2001 and settled into its 49th Ave location. Full ownership was achieved on August 20th 2007. In 2018, this building was sold, and the food bank purchased a larger warehouse and office space at #201, 6051B - 47 St. in Leduc, which is where we are located to this day. 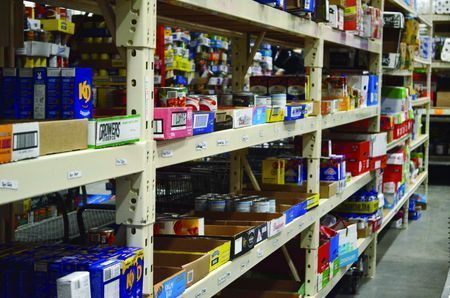 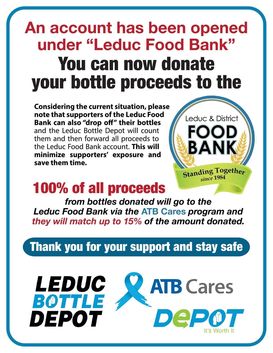 Our board of directors is dedicated to the ongoing support, growth and future of the LDFB. The board has been actively working  on updating bylaws, policies and human resources.

Thank you to the committees that have been working hard alongside the staff at completing these tasks as well as participating in programs and volunteering at the food bank.